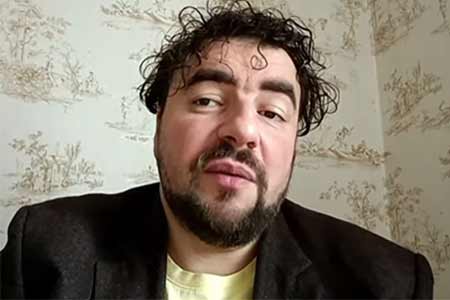 ArmInfo.Brussels' agreement to send a technical observation mission to Armenia is a significant factor in the region and may be considered the first real step to  bring the West back into the affairs of the region and the Karabakh  settlement issue. Ivan Preobrazhensky, a Russian analyst and expert  on Central and Eastern Europe who is currently in the Czech Republic,  expressed this idea in an interview with 1in TV.

But, nevertheless, this is a very significant factor that brings the  EU back to the Karabakh settlement, since, apart from France, almost  all European countries have left the region. And despite the  so-called Minsk Group, in recent years, in fact, France gave priority  to Russia in terms of settlement, and everyone agreed with this. And  the West, as relations with Russia deteriorated, was less and less  ready to interfere in its affairs.  In fact, this is the first step  to bring the Europeans back on a more serious and, most importantly,  technical level", the analyst noted. He emphasized that the work of  the technical mission in Armenia is also important, because if  necessary, it will be able to expand and adopt other forms of  presence here.

Meanwhile, speaking about the meeting between Armenian Foreign  Minister Ararat Mirzoyan and NATO Secretary General Jens Stoltenberg,  the analyst opined that there should not be high expectations for  this meeting in the sense that the request from Armenia is obvious  and understandable, but at the same time, Armenia is not a member of  the Alliance and cannot count on NATO to provide serious assistance.

"Moreover, I think that in the current situation, NATO will not even  be part of the peacekeeping contingent, , if it comes to that. Now  NATO has other problems, problems connected with Ukraine. There may  be words of general support, there may also be unofficial signals  from Turkey as a NATO member, but this is the maximum that can be  expected in this situation," Preobrazhensky noted.

At the same time, he recalled that Turkey has long ignored any  unofficial signals of the bureaucratic leadership of the North  Atlantic Alliance. Such meetings, he said, cannot have a serious  impact on political decision-making by Turkish President Recep Tayyip  Erdogan.  Commenting on the reasons that during the regional visit of  NATO representative Javier Colomina, he was received in Armenia by  Pashinyan himself, and in Azerbaijan only by Foreign Minister  Bayramov, the political scientist noted that Azerbaijan is sure that  Turkey is backing it. A country that is a member of NATO and is quite  influential within the organization and quite independent in making  military and foreign policy decisions.

Accordingly, Baku cannot refuse a visit to the Special Representative  of the NATO Secretary General, but at the same time not seek to meet  with him at the highest level, thus trying to demonstrate its real  attitude towards such contacts. Baku wants to say that it is ready to  enter into technical cooperation with NATO, but it is not going to  discuss its political and military projects, including in relation to  Armenia and Karabakh. "In order to get a result on Azerbaijan, the  meeting must be held in Ankara," the analyst stressed, noting,  however, that there are countries within NATO that advocate  Azerbaijan ending pressure on Armenia and lifting the blockade on  Nagorno-Karabakh. France is at the forefront of these countries.

In this regard, the analyst stressed that the role of France within  NATO is large enough and it must be taken into account that, as a  nuclear power, France, after the UK left the EU, simultaneously  represents the entire European Union. , the analyst said.

The political scientist expressed confidence that now it is necessary  to withstand the blockade of Nagorno- Karabakh. , Preobrazhensky noted.