Armenian FM presents situation in South Caucasus to his counterparts  from Estonia, Lithuania, Switzerland and Greece 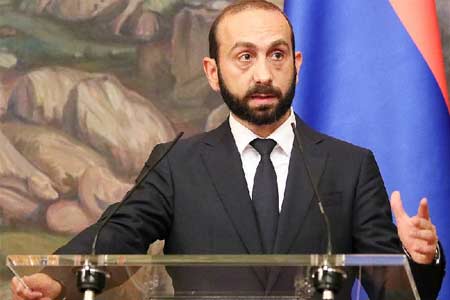 ArmInfo.Armenian Foreign Minister Ararat Mirzoyan held a number of bilateral meetings on the sidelines of the OSCE ministerial meeting in the city of Lozd.

According to the Press Service of the Armenian Foreign Ministry,  Mirzoyan met with Foreign Ministers of Estonia Urmas Reinsalu, Greece  Nikos Dendias, Lithuania Gabrielius Landsbergis and State Secretary  of the Federal Department of Foreign Affairs of Switzerland Livia  Leu.  At the meetings, the sides stressed the importance of  developing bilateral relations based on mutual trust and common  democratic values. The parties also discussed the development of  relations between the EU and Armenia. Issues of the regional agenda  were also touched upon.

The Minister of Foreign Affairs of Armenia at the meetings presented  to his counterparts the position of the Armenian side regarding the  establishment of a stable and lasting peace in the South Caucasus.  The Armenian side also stressed the importance of the activities of  the EU monitoring mission in Armenia, which contributes to the  stabilization of the situation in the region.  At a meeting with his  Greek counterpart, Ararat Mirzoyan stressed that the belligerent  rhetoric of the Azerbaijani side and the recent ongoing border  provocations contain a great danger of new aggressions from the  Azerbaijani armed forces. During the meeting with Dendias, the  process of normalization of relations between Armenia and Turkey was  also discussed.