Paris: Resolution on assistance to Armenia does not reflect the  official position of France 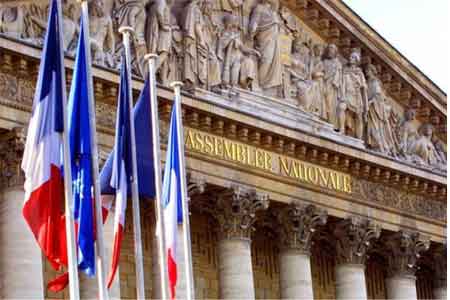 ArmInfo.The French government said that the resolution on assistance to Armenia "does not reflect the official position" of the country.

Thus, on November 30, during a briefing to clarify what the  government's position is regarding the two resolutions adopted by the  Senate and then the National Assembly on Armenia and Azerbaijan, the  French Foreign Ministry, in particular, stated that "this text is a  parliamentary initiative and does not reflect the official position  of the French government, it was adopted independently, in accordance  with the principle of separation of powers.

The Foreign Ministry stressed that the position of the French  government is known, it is reflected in the minister's statements,  particularly in the November 29 statement that, "France continues to  encourage the parties to move forward in negotiations to achieve a  chance for peace."

"In this context, the President of the Republic facilitated the  meeting of the Presidents of Armenia and Azerbaijan in Prague, a  meeting that, in particular, led to the deployment of the EU  monitoring mission on the territory of Armenia," the statement says.

There is a mistake in the text of the French Foreign Ministry,  because the Armenian Prime Minister Nikol Pashinyan, and not the  country's president, participated in the Prague meeting.

The resolution was adopted by the French Senate November 15  overwhelming majority, only one legislator abstained from voting. And  yesterday, the National Assembly of France unanimously adopted a  resolution in which, among other provisions, there is a call for the  immediate and unconditional release of all Armenian prisoners of war  and their return to their homeland; suggested the government to  consider applying individual sanctions in case of continued attacks  and occupation by Azerbaijan of the sovereign territory of Armenia;  calls on the government to continue mediation efforts to resolve the  security issue of the Armenian population of Nagorno-Karabakh in  accordance with the provisions of the NA Resolution No. 502 of 2020  (the said resolution proposes that the government recognize  Nagorno-Karabakh); the government is invited to consider the  possibility of strengthening the defense capability of Armenia; there  is an appeal to international organizations to take all measures to  protect the Armenian cultural and religious heritage in Armenia and  Nagorno-Karabakh, in the territories under the control of Azerbaijan.