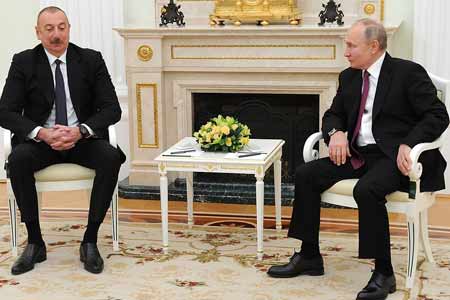 ArmInfo.Today President of Russia Vladimir Putin had a telephone conversation with the President of Azerbaijan Ilham Aliyev.

According to the Kremlin, during the conversation, issues of  practical implementation of the agreements reached in Sochi on  October 31, 2022 by the leaders of Russia, Azerbaijan and Armenia, as  well as previous joint statements of the three countries at the  highest level, were considered.

The importance of continuing work in a trilateral format to ensure  security on the Azerbaijani-Armenian border and restore transport  links in the South Caucasus was emphasized.

The prospects for further development of cooperation in the energy  sector were also discussed.