Armenia ready for unblocking of all regional communications,  Azerbaijan did not respond positively - Nikol Pashinyan 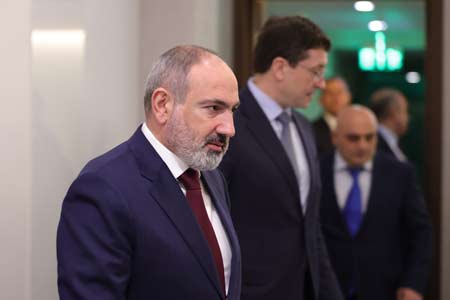 ArmInfo."In Prague I reconfirmed again our proposal on unblocking of all regional communications. Azerbaijan again did not respond positively. I reiterate, Armenia is  ready for unblocking of all regional communications with full respect  of our sovereignty and legislation," Armenia's Premier Nikol  Pashinyan tweeted following his meetings in Prague.

Armenia and Azerbaijan confirmed their commitment to the UN Charter  and the Alma-Ata Declaration of 1991, through which both sides  recognize each other's territorial integrity and sovereignty. They  confirmed that this will serve as basis for the work of the  commissions on delimitation and that the next meeting of these  commissions will take place in Brussels by the end of October.

Armenia expressed agreement to support the EU civilian mission along  the border with Azerbaijan.  Azerbaijan agreed to cooperate with the  mentioned mission to the extent it will be concerned. The mission  will start its work in October, for a maximum period of two months.  The purpose of the mission will be to build confidence and, through  its reports, support the border commissions.