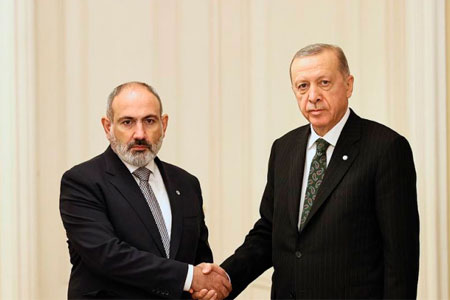 Prior to this, a quadripartite meeting was held between Nikol  Pashinyan, Emmanuel Macron, Charles Michel and Ilham Aliyev.

The head of the Turkish Republic told reporters that Turkey believes in the possibility of a complete normalization of relations with Armenia.