Mass media: Erdogan to meet with Pashinyan in Prague 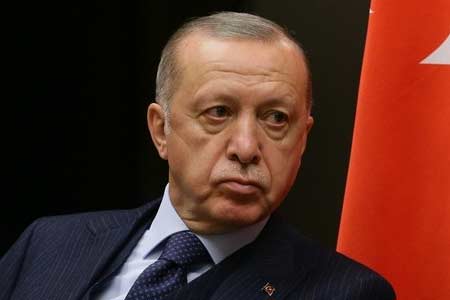 ArmInfo.Turkish President Recep Tayyip Erdogan will meet with Armenian Prime Minister Nikol Pashinyan on October 6 at a meeting of leaders of the European  Political Community in Prague.

As the Turkish Sabah daily reports, with reference to its sources,  during the meeting Erdogan and Pashinyan will discuss  Turkish-Armenian relations, including the possibility of holding  meetings of special representatives in Turkey and Armenia, and not in  third countries.

According to the daily, the Turkish leader is expected to convey a  message to the Armenian Prime Minister "about the need to avoid  "provocations" and sign a final peace treaty with Azerbaijan in order  to avoid further tension in the region."

It is reported that the meeting will also discuss the issue of  commissioning the corridor through Armenia.  It should be noted that  earlier the Armenian side also did not rule out holding a  Pashinyan-Erdogan meeting on the sidelines of the Prague meeting of  the leaders of the European Political Community.