Expert: Those who exclude the war for the Black Lake will have to  fight for Lake Sevan 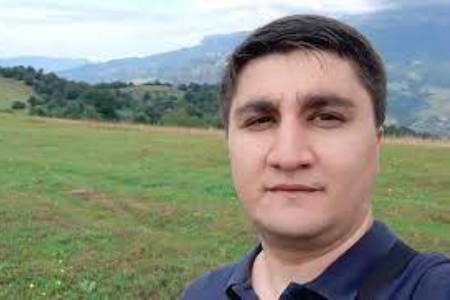 ArmInfo. Recently, I touched on the issue of failed diplomacy, and now I must touch on the topic of a failed "peace." Derenik Khachatryan, an expert of the Luys  Foundation on foreign policy and security issues, stated this.

In this vein, the expert stated that today the newspaper owned by the  de facto Prime Minister of the Republic of Armenia (it is about  Haykakan Zhamanak Daily, editor-in-chief of  which is the wife of the  RA Prime Minister Anna Hakobyan , ed. note), with reference to a  "reliable source", that is, the owner of the newspaper, published an  article, in which  it is  explained what exactly Azerbaijan wants  from Armenia, otherwise threatening war.  According to the source of  the newspaper, in particular, Azerbaijan, demands to dissolve the  Nagorno- Karabakh Defense Army; recognize Nagorno-Karabakh as part of  Azerbaijan without any autonomy (with zero status); open a corridor  through the territory of Armenia; start the process of delimitation  and demarcation according to the maps of 1919-1920 (it is not yet  known which specific maps this applies to); clarification of the fate  of the missing Azerbaijanis with the intention to further accuse  Armenia of war crimes.  " Let the reader ask himself whether this  tends to peace? Is at least one normal Armenian ready to meet these  demands? And even if the Armenian side satisfies them, what will be  the next demands of Azerbaijan?

Immediately after the 44-day war, expert circles stubbornly insisted  on abandoning the false "peace agenda" and pooling all state,  political and national potential to prepare for an inevitable new  war. To do this, it was necessary to buy drones instead of asphalt,  instead of paying bonuses to the police and the state system - to  purchase modern air defense systems, instead of detaining opposition  activists - to try to organize consolidation, instead of blocking the  entry of prominent Diaspora people to their homeland - to use their  potential in order to make the Armenian narrative understandable to  the world," Khachatryan stated.

The expert recalled the repeated warnings of the opponents of the  authorities that those who exclude the war for the Black Lake will  have to fight for Lake Sevan, after the surrender of the Ishkhanasar  Heights, we will have to dig trenches around Sisian, surrendering the  Al Lcher section, the enemy will reach Vardenis and Jermuk.

According to him, the RA authorities not only started many of these  processes at the insistence of Azerbaijan, but also tried in every  possible way to justify them, ensuring their public perception  through various propaganda means.

"The answer to all was critically the same? "We have a mandate from  the people to establish peace, or, in short, we are negotiating what  we want." And now these same people with an innocent look explain to  the Armenian society that their "peace mandate" has no value, because  it "turned out" that Azerbaijan is an aggressive and expansionist  state, and not an "educated and competent" partner.

In the meantime, we were losing positions, people and, of course,  time ... ", Khachatryan added.

In conclusion, the expert recalled that a month ago, the "de facto  prime minister" said that, in his opinion, all countries, including  Azerbaijan and Turkey, want peace... "Obviously, he had a very good  idea of the price of" peace which Azerbaijan wanted, so why did he  make such a statement..." Khachatryan summed up.