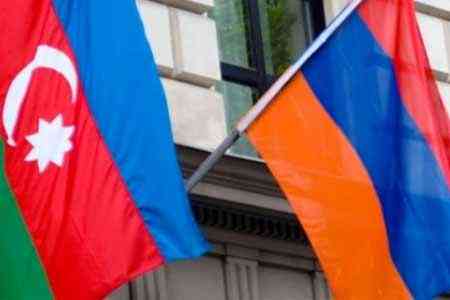 ArmInfo.Azerbaijani side proposed holding the next meeting of the bilateral commissions on delimitation of borders with Armenia in October of this year, it has  been noted in the Statement of the Press Service Department of the  Ministry of Foreign Affairs of the Republic of Azerbaijan on the  bilateral meeting of Ministers of Foreign Affairs of Azerbaijan and  Armenia held in Geneva, APA reports.

"During the meeting, Azerbaijani side, taking into account the recent  tension on undelimited border, proposed holding the next meeting of  the bilateral commissions on delimitation in October of this year,  instead of November as previously agreed," noted in the statement.