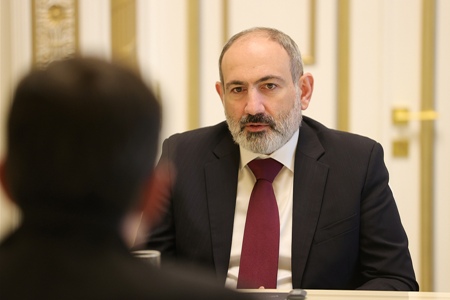 ArmInfo.On September 30, RA Prime Minister Nikol Pashinyan, in an interview with the Public TV Company, outlined what concessions Yerevan is ready to make in order  to sign a peace treaty with Baku.

At the same time, as Pashinyan pointed out, the agreement may not  touch upon the issue of Artsakh.  According to the Prime Minister,  the negotiator on the Nagorno Karabakh issue can be Nagorno Karabakh  itself.  Nevertheless, as the head of the Armenian Cabinet stressed,  Azerbaijan has not yet responded to this proposal.

Nikol Pashinyan admits that after that he may be called a "traitor",  but only by those who believe that the territory of Armenia is not  limited to 29,800 sq. km, but should be at least 300,000 sq. km.