The problem is that there is not a single document on the negotiating  table today: Pashinyan 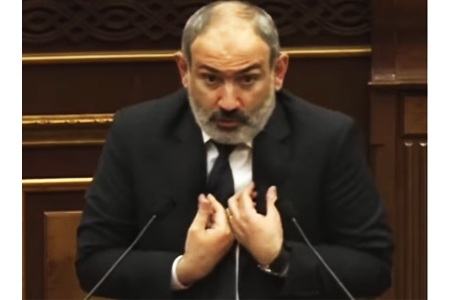 ArmInfo.RA Prime Minister Nikol Pashinyan considers it necessary to start substantive  negotiations with Baku on a peace treaty. He stated this on September  30 in an interview with the Public TV Company, emphasizing that  Yerevan does not renounce the agreements reached.

"In the coming days, the head of the Armenian Foreign Ministry will  hold a meeting with the Azerbaijani minister, during which, as we  previously stated, negotiations should begin on the development of  the text of the agreement," he said.

In this context, he touched, in his words, on the manipulation of his  words in parliament about his readiness to sign a document "for which  he is ready to be criticized and even be removed from power." As the  prime minister noted, the problem is that there is not a single  document on the negotiating table at present. The existence of such a  document, as Pashinyan pointed out, would mean that in the process of  joint work the parties came to a certain common denominator.   According to him, the Armenian side is trying to prepare the text of  the peace treaty with Azerbaijan, which would meet the interests of  the parties as much as possible.