Pashinyan does not rule out new provocations from Azerbaijan 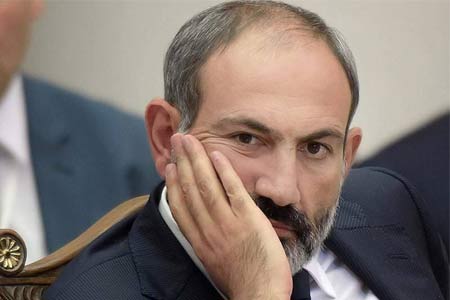 ArmInfo.The situation on the Armenian-Azerbaijani border remains stably tense and new aggression from Azerbaijan should not be ruled out. RA Prime Minister Nikol  Pashinyan stated this on September 30 in an interview with the Public  TV Company.

Touching on the reasons and the time chosen by Baku for the  escalation of the situation, Pashinyan said that the recent  developments around Ukraine played a significant role, since today  the attention of the entire world community is riveted to this  conflict. Similarly, during the 44-day war, the attention of the  world was focused on the coronavirus pandemic.

On September 13, at 00:05 am, units of the Azerbaijani Armed Forces  began intensive shelling of Armenian positions from artillery and  large-caliber guns in the direction of Sotk, Vardenis, Goris, Kapan,  Artanish, Ishkhanasar using UAVs. Attacks were also made on civilian  infrastructure facilities. On the evening of September 14, it was  announced that an agreement had been reached on a ceasefire. Despite  this, on September 28, the Azerbaijani Armed Forces violated the  ceasefire in the Jermuk region, where the enemy used 82-mm mortars  and UAVs, as a result of which three soldiers from the Armenian side  were killed.