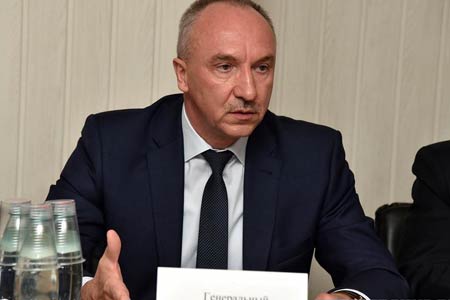 "The head of the Belarusian diplomatic mission in Armenia was invited  to the RA MFA, where he was conveyed the concern and considerations  of the Armenian side regarding the above-mentioned statement,"  Hunanyan said.

It should be noted that earlier Minister of Foreign Affairs of  Belarus Vladimir Makei, commenting on Pelosi's trip to Yerevan, noted  that the visits of the so-called Western hawks to the CSTO countries  do not contribute to the resolution of conflicts, but rather  exacerbate them.  " "I believe that the visit of such hawks, who wear  the peacekeeper's toga, does not bring anything good. It is enough to  recall only her visit to Taiwan, after which the situation in the  region sharply escalated. As for the CSTO, I am personally deeply  convinced that that we do not need to rely on any outside  peacekeepers.  Those people who came, in particular to Yerevan, are  absolutely not interested in our Organization's effective  functioning," Vladimir Makei said. " Such visits will not be  associated with the appeasement of certain conflicts, but, on the  contrary, with an aggravation. Relying on external uncles and aunts  is hardly advisable," Makei summed up.