Violence must never be a means of solving problems - Andrea Wiktorin 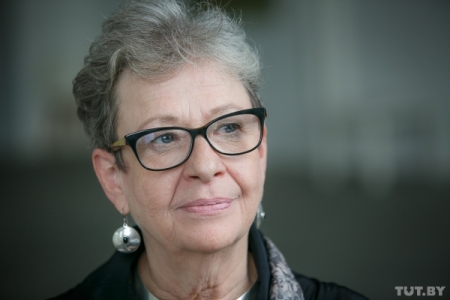 ArmInfo.The European Union (EU) has always stated that violence must never be a means of solving problems, EU Ambassador to Armenia Andrea Wiktorin told  reporters in Gegharkunik, on Thursday.

She pointed out a need for finding a solution at the negotiating  table. A military solution is not a solution, Mrs Wiktorin said  during diplomats' trip to the border settlements damaged during  Azerbaijan's aggression on September 13.

The diplomats' task is to take notes and send them to the EU  Headquarters.

Mrs Wiktorin believes that the civilian infrastructure was the  target. The diplomats saw houses, a school in Sotk and the local  agricultural infrastructure, and the situation arouses concern.  Referring to Armenia's Premier Nikol Pashinyan, Mrs Wiktorin said  that people are living in fear, which paralyzes them. And it is very  dangerous.

As to what the international community and the West should do to stop  Azerbaijan, which continues committing ceasefire violations despite  all appeals, Mrs Wiktorin said she is working for an organization  seeking to help resolve the problem.

The only means of solving problems in negotiations, and the EU will  continue to. This is the only way out, the EU diplomat said.

As to the absence of the international community's reaction to the  atrocities Azerbaijani servicemen committed against Armenian  servicewomen, Mrs Wiktorin said that an EU representative answered  the question.

It must be proved. A war crime must be investigated. But the work  must be continued in a positive vein.

As regards the EU's assistance in resolving humanitarian problems  caused by the Azerbaijani aggression, Mrs Wiktorin reported she is  now negotiating with the EU Headquarters.

The humanitarian programmes will be modified. The EU and USAID are  now discussing the details of solving the landmine problem. The EU  will continue its large-scale economic development projects. Mrs  Wiktorin said she was shocked by the news about young people killed.

On September 29, 45 representatives of 32 diplomatic missions made a  trip to Armenia's Gegharkunik region and were shown the aftermath of  the shelling pf civilian settlements by the Azerbaijani troops. The  diplomats were accompanied by Armenia's Minister of Territorial  Administration Gnel Sanosyan and Gegharkunik Governor Karen Sargsyan.