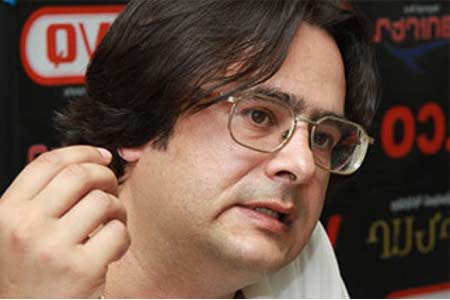 ArmInfo. A new route between Armenia and Artsakh does not at all imply Artsakh's isolation. It is a domestic political problem rather than a real one, Chairman of the  Constructive Party of Armenia Andrias Ghukasyan said in an interview  with ArmInfo.

However, he sees another serious problem. Berdzor is a repetition of  the Armenian authorities' approach to Karvachar, where they assisted  ethnic cleansing, with the local residents losing their property.  This approach has nothing in common with the Yerevan-declared  democratization, protection of human rights and freedoms.

"Yerevan behavior in connection with Artsakh is rather problematic.  Moreover, in the context of the statement by the United States Senate  Committee on Foreign Relations demanding withdrawal of Azerbaijani  troops from Nagorno-Karabakh, it appears at least un-understandable.  Armenia's position on Artsakh is not only inadequate to the efforts  by the United States and France aimed at protecting the Artsakh  people's legal rights, but facilitates violations of their rights by  Azerbaijan," Mr Ghukasyan said.

The ongoing de-Armenianization of Berdzor and Aghavno is evidence of  the Pashinyan-led government's commitment to the agreements of  November 9, 2020. And Armenia's authorities are facing a problem of  "legal implementation" as the property of the "corridor" residents  cannot be alienated by means of a decision jointly made by Nikol  Pashinyan, Ilham Aliyev and Vladimir Putin.

Meanwhile, in contrast to Russia, Armenia and Azerbaijan remain  Council of Europe member-states, which implies relevant property  rights commitments on their part. Therefore, the Berdzor residents'  property can only be alienated within law, but not the way it is  being done now.

"It is a gross human rights violation, which give Armenia serious  grounds for suspending the processes involving the Berdzor and  Aghavno residents. However, we can see that neither Armenia's  government nor the opposition forces are willing to. So it is the  local residents that should file a collective complaint with the  European Court of Human Rights and request an interim measure, as the  applicants would otherwise face a real risk of losing their property.  I am sure that, with no political pressure by the authorities, human  rights campaigners in Armenia and in the Armenian Diaspora have the  sufficient potential to solve the problem," Mr Ghukasyan said.