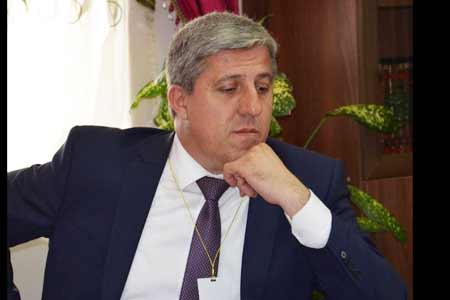 ArmInfo. The opening of a consulate in Armenia's Kapan is absolutely in line with Tehran's policy toward the South Caucasus in general and toward Armenia in  particular, Vardan Voskanyan, Head of the Chair of Iranian Studies,  Yerevan State University, said in an interview with ArmInfo.

"Iran can bee said to be working north of its borders, employing all  the instruments at its disposal. The consul, Abedin Varamin, has been  appointed, and the process is progressing. I am sure it is not at all  diplomacy alone that accounts for the opening of Iran's consulate in  Armenia's Syunik. Rather, it is Tehran's clear message in response  Turkish-Azerbaijani claims to Armenia's Syunik province," he said.

Iran has been intensifying its activity in the South Caucasus since  the end of the 44-day Turkish- Azerbaijani aggression against  Armenians. And the South Caucasus, Armenia, the Artsakh problems and  Turkey's expanding its presence in Azerbaijan are Iran's foreign  policy priorities, Mr Voskanyan says.

Given the vital importance of land communication via Syunik both for  Armenia and Iran, Tehran cannot remain indifferent to the aggressive  statements and actions by Ankara and Baku, whereas Armenia's  leadership is obviously doing nothing.