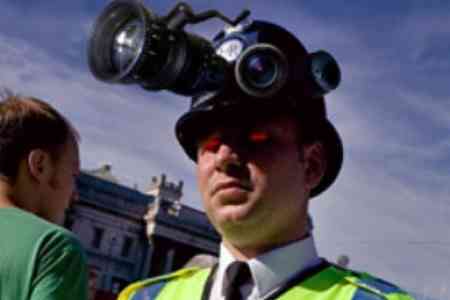 ArmInfo. A group of representatives of the Shiite extremist organization called The Mahdi  Servants Union, broke into the building of the Azerbaijani embassy in  London.

Footage on social media showed men waving flags from the balcony of  the country's base in Kensington, Metro.co.uk: News reports.

It's unclear what sparked the protest but it was led by a group  called The Mahdi Servants Union.

It is a Shia Muslim organisation based in London which says it wants  to establish 'civilisational dominance' on its website.

Its leader Yasser Al-Habib is a controversial cleric whose film The  Lady Of Heaven had to be pulled from UK cinemas earlier this year  after protests from some Sunni Muslims offended by its interpretation  of Islamic history.  Members linked to the group have cited  'persecution' by the Azerbaijani government of some Shia Muslims in  the country.  In a statement, the group said it had been directed by  their leader 'to take urgent action' against Azerbaijan president  Ilham Aliyev.

In connection with the incident, the Azerbaijani Foreign Ministry  also issued a statement: "On August 4, 2022, the Embassy of the  Republic of Azerbaijan in the United Kingdom of Great Britain and  Northern Ireland was attacked by a radical religious group. Having  burst into the embassy building, the radicals raised religious flags  on the porch of the building and chanted religious slogans>, the  Azerbaijani Foreign Ministry noted, adding that after the  intervention of law enforcement officers, the members of the group  were taken out of the building and detained. Embassy staff were not  injured. The incident is being investigated by local law enforcement.  Additional information on the results of the investigation will be  provided," the Foreign Ministry of Azerbaijan  said.