Peskov: The Kremlin is concerned about the aggravation of the  situation in Nagorno-Karabakh 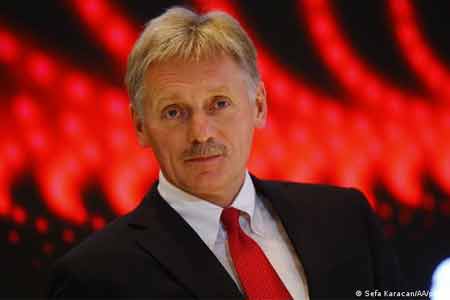 ArmInfo.he Kremlin is concerned about the aggravation of the situation in Nagorno-Karabakh, monitors its development and calls on the parties to restraint,  Russian leader's press secretary Dmitry Peskov told reporters on  August 4.

"Indeed, we are monitoring very carefully, we are naturally concerned  about the aggravation of the situation, we call on the parties to  exercise restraint, most importantly, to comply with all the  provisions of the known trilateral documents," Peskov said, answering  TASS.

"Close contacts with Armenia at various levels will help clarify the  questions that Yerevan has about the work of Russian peacekeepers in  Nagorno-Karabakh," Peskov added.

Another aggravation in the zone of the Nagorno-Karabakh conflict  began on the morning of August 1.  Azerbaijani units do not stop  provocations and ceasefire violations. On August 1, as a result of  shelling from the Azerbaijani side, a soldier of the Artsakh Defense  Army was wounded.  As a result of the enemy's actions, 19 servicemen  of the Artsakh Armed Forces were injured and two more were killed.  The enemy used drones and grenade launchers. The goal is to force the  people of Artsakh to leave Berdzor.