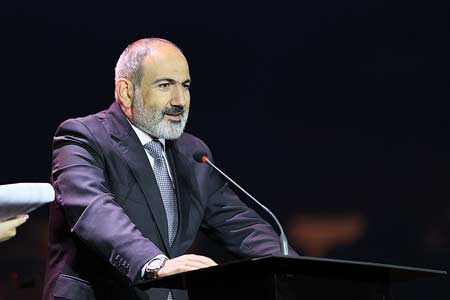 ArmInfo.It is urgent to specify the details of the Russian peacekeeping operation in  Nagorno-Karabakh. The November 9 2020 trilateral statement cemented  important security institutes in Nagorno-Karabakh, Armenia's Premier  Nikol Pashinyan stated at a Cabinet meeting on Thursday.

"The latest as well as a number of previous developments are  revealing a number of systemic issue. I have repeatedly stated that  the Russian peacekeeping contingent's presence and activities in  Nagorno-Karabakh is a key factor of ensuring the Artsakh Armenians'  security, and we are highly appreciating Russia's efforts to ensure  regional peace and stability," Mr Pashinyan said.

The developments in Nagorno-Karabakh since November 20, 2020, as well  as the latest developments are giving rise to questions about the  peacekeeping mission in Armenian society.

"On December 11, 2020, Azerbaijan captured the villages of Khtsaberd  and Hin Tagher, capturing Armenian servicemen, in the Russian  servicemen's presence and with their connivance. On March 24, 2022,  Azerbaijan captured the village of Parukh - and again in the Russian  peacekeepers' presence. And the ongoing and intensifying ceasefire  violations, instances of physical and psychological intimidation of  Artsakh Armenians in peacekeepers' presence are inadmissible," the  premier said.

In this context, it is becoming extremely urgent to urgent to specify  the details of the Russian peacekeeping operation in  Nagorno-Karabakh.

"It should have been done long ago, simultaneously with the  deployment of peacekeepers. But we must admit that Azerbaijan was  hindering the process by refusing to sign a mandate for peacekeepers'  actions in Nagorno-Karabakh, whereas Armenia did that in November  2020. We are expecting the bilaterally signed mandate to be in full  force," Mr Pashinyan said.

Yerevan believes that the Armenian and Russian signatures are  sufficient for a full-scale mission.  Otherwise, the process of  international recognition and extension of the mandate should be  initiated.

Armenia has been concerned over all the issues since November 2020  and has been taking measures for specific decisions to bee made. "And  now we have to redouble the efforts," Mr Pashinyan said.

Armenia's premier also pointed out a number of institutional issues.  Specifically, according Point 3 of the November 9 agreement, the  Russian peacekeepers are deployed along the Line of Contact in  Nagorno- Karabakh.

"And this territory is defined as the zone of responsibility of the  peacekeeping contingent. We are expecting the Russian peacekeeping  contingent to prevent any attempted violation along the Contact Line  and the Azerbaijani troops within the Line of Contact to be  withdrawn," Armenia's premier said.

Despite any criticism, the November 9 2020 trilateral statement  cements important security institutes for Nagorno-Karabakh.