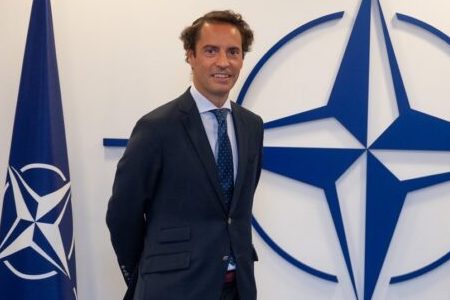 ArmInfo. Javier Colomina, NATO Deputy Assistant Secretary General for Political Affairs, Security Policy and Special Representative for the Caucasus and Central Asia  expressed his concern over the incoming reports about the aggravation  of the situation in Nagorno-Karabakh.

"Reports are indeed concerning. NATO fully supports current efforts  to normalise relations between Armenia  and Azerbaijan, which will  contribute to stability and prosperity for the South Caucasus, a  region of strategic importance for the Alliance," he wrote on his  Tweeter page.

It should be reminded that earlier today the Artsakh Defense Army  issued a message, according to which, at about 3:00pm, Azerbaijani  units used attack drones on the northwestern section of the line of  contact, as a result of which one serviceman of the NKR Armed Forces  died.  As ArmInfo previously reported with reference to the Artsakh  Defense Army, on August 1, starting at 9:00am, Azerbaijani units  resorted to provocations on a number of sections of the northern and  northwestern border of the Republic of Artsakh, attempting to cross  the line of contact, which were suppressed by the forces of the  Defense Army units Artsakh.