Forecast: It is not Armenia that will benefit from unblocking  communications, but Turkey, which will get access to Central Asia 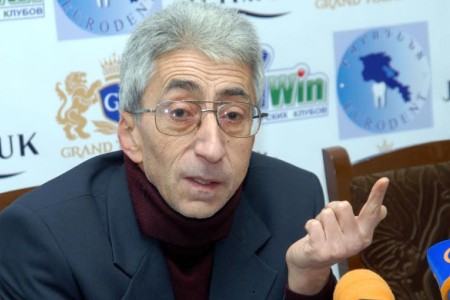 ArmInfo.Negotiating the unblocking of transport communications, Ankara actually does not have such a goal at all. Turkologist Hakob Chakryan expressed this opinion to  ArmInfo.

"Even if these communications are eventually unblocked, this will not  benefit Armenia, which at best will get access to Azerbaijan and  beyond, but first of all Turkey, which will get direct access to  Central Asia, where it has long aspired to be

But at the same time, according to the expert, the three well-known  Turkish preconditions of 30 years ago are fully preserved. During  these three decades, governments have changed in Turkey, but the  demands to refuse recognition of the Genocide, to force the people of  Artsakh to recognize the authority of Baku and their own borders also  remained. Only the formulations has changed, but the hostile policy  towards Armenia has remained," he said.

On July 1, during the fourth meeting of the special representatives  of Armenia and Turkey - Ruben Rubinyan and Serdar Kilic in Vienna,  the parties agreed to open the land border for third-country  nationals and decided to start the necessary processes in this  direction. An agreement was also reached to establish Armenia-Turkey  air cargo transportation as soon as possible. In addition, other  possible measures were discussed to achieve the main goal, that is   the final settlement of relations without preconditions. Since  December last year, Vice Speaker of the Armenian Parliament Ruben  Rubinyan and former Turkish Ambassador to the United States Serdar  Kilic have held three more rounds of talks:  one in Moscow and two -  in Vienna.

Chakryan explains the absence of preconditions for Yerevan on the  part of Ankara in the ongoing negotiations on normalization with  Turkey's international obligations. Which does not at all prevent  Ankara from putting forward the same preconditions in the form of  periodic calls to Yerevan "to take a prudent position, from which the  entire region will benefit."

In reality, with such talk about peace and regional stability,  Turkey, according to the Turkologist, is only trying to indirectly  get involved in the process of normalizing relations between Armenia  and Azerbaijan.  The expert considers such a prospect completely  unacceptable, considering that the processes between Armenia, on the  one hand, and Turkey and Azerbaijan, on the other hand, should go  exclusively in parallel, without any contact. First of all, due to  the fact that before the signing of the peace treaty, Azerbaijan must  withdraw its troops from the territory of Armenia and return the  Armenian prisoners of war," the Turkologist summed up.