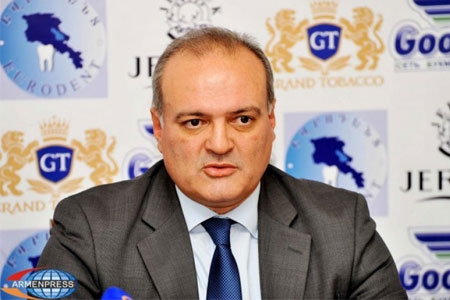 ArmInfo. The accents put at Armenian Premier Nikol Pashinyan's last news conference in the context of the last signals in negotiations with Azerbaijan and  settlement of the Nagorno-Karabakh conflict suggest planned further  concessions to Azerbaijan rather than an imminent war, political  engineer Vigen Hakobyan said in an interview with ArmInfo.

Commenting on Baku's accusations against Yerevan that Armenia is  unwilling to start negotiations, Mr Pashinyan stated that Azerbaijan  is thus trying to legalize a new war, whereas Azerbaijan is  deliberately delaying the unblocking of regional transport links.

The Armenian premier's statements are, in fact, his desire to justify  the planned further concessions to Azerbaijan. In other words,  Pashinyan is suggesting that a new war is the only alternative to  territorial concessions or concessions on Artsakh, Mr Hakobyan said.

In fact, however, there is no insidious threat of resumed hostilities  now. And a permanent threat of a new war over the unsettled Artsakh  conflict does not at all justify the Armenian premier's intention to  prepare Armenian society for new concessions. The expert does not  rule out local skirmishes, without seeing any conditions for a new  full-scale war, including due to the fact of Yerevan not opposing the  Baku-exerted pressure, which could have been a casus belli.

"We realize that no war breaks out at the warring sides' pleasure.  Rather, a number of geopolitical, international and economic factors  account for wars, with the factors themselves often having nothing in  common with the warring sides. In this context, it is clear that a  new war in the Transcaucasus requires consensus among different  centers of power, which cannot be reached amid the ongoing Ukraine  conflict," Mr Hakobyan said.

In other words, the reason for the Armenian-Azerbaijani negotiations  losing momentum now is not Yerevan's opposition. Rather, it is the  global or regional actors' positions, which, in turn, are the result  of the ongoing confrontation between their interests in Ukraine. And,  of course, it has its, Mr Hakobyan influence on their positions in  the Yerevan-Baku negotiations said.