Road Department of Georgia: Traffic in the direction of the  Georgian-Russian border is still allowed only on a temporary road 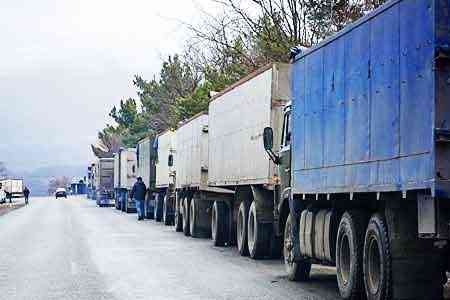 ArmInfo.Traffic in the direction of the Georgian-Russian border as of Tuesday morning is  carried out on a temporary road.

The Georgian media with reference to  the Department of Roads of the Ministry of Regional Development of  Georgia reports.  <Yesterday, traffic was restored on the 136th  kilometer of the Mtskheta-Stepantsminda-Lars road. At night, the  Georgian side began to let cars from Russia pass>, the source says.  At the same time, according to the drivers, the traffic is only  one-way.  To recall, as of June 27, about 300 Armenian trucks were  waiting in Georgia to enter the territory of the Russian Federation,  and about 500 trucks in the opposite direction.