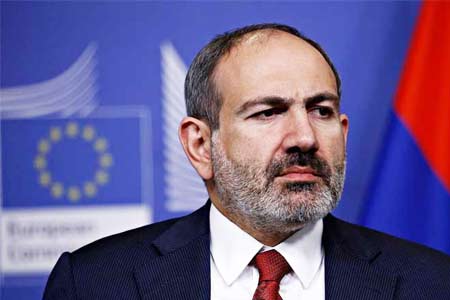 ArmInfo.Armenia is holding discussions on a new route between Armenia and Artsakh with its Russian partners, Armenia's Premier Nikol Pashinyan stated at an  online news conference.

A new road that would be an alternative to the Lachin corridor is  under construction. Under the trilateral agreement of November 9,  2020, during three years, with the parties consent, the corridor  route is to be changed. As a result, the territories beyond the  boundaries of the former Nagorno-Karabakh Autonomous Region will  become part of Azerbaijan. The route will be changed to ensure more  reliable highway service between Armenia and Nagorno-Karabakh.

"We are solving the Berdzor residents' problems by means of  government decisions. Of course, the population must be provided with  housing. As regards Ahavno, the Artsakh government can resolve the  villagers' problems," the premier said. The route will be changed  after Russian troops establish control over the new route. The  corridor must be under Russian peacekeepers' full control, Mr  Pashinyan said.

Speaking of Armenian POWs, the premier said that official Baku is  trying to discredit Russian peacekeepers in Karabakh by not handing  the POW over. 90% of the confirmed captives were taken captive after  the Russian peacekeepers' were deployed in their responsibility zone,  and the Armenian side has repeatedly stated the fact during meetings  with its Russian partners. One of the examples is Khtsaberd, when a  large group of Armenian servicemen was taken captive after the  November 9 agreement was signed. Khtsaberd must de jure be under  Russian peacekeepers' control, but some changes have taken place. The  locations have several times been revised based on maps. Armenia,  Russia and thee international community must take measures for all  the prisoners to be returned. Two groups are now in Azerbaijan: one  group officially confirmed by Baku, 38 people; the second group,  people reported captive, but Azerbaijan has not confirmed it. The  Armenian side considers them missing by force. The issue of captives  is being raised at all the working meetings, and international trials  are taking place. "We are going to be consistent to have all of them  return," Mr Pashinyan said.