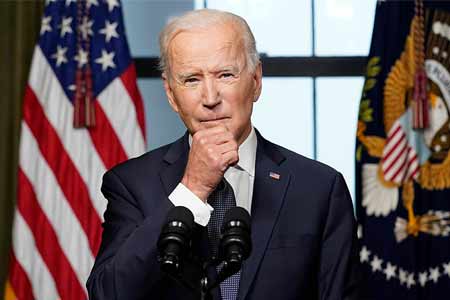 ArmInfo. U.S. President Joe Biden has nominated Kristina A.  Kvien for Ambassador Extraordinary and Plenipotentiary to the Republic of Armenia, the White House  reports.

Kristina A. Kvien, a career member of the Senior Foreign Service with  the rank of Minister-Counselor, serves as Deputy Chief of Mission at  U.S. Embassy Kyiv. She was previously Charg‚ d'Affaires ad interim  from 2020-2022.

She also served as Economic Counselor at the U.S. Embassy in London.  Earlier in her career, Kvien was detailed to the National Security  Council in Washington, D.C. as Director for EU, Ukraine and Belarus  affairs. Other overseas assignments include the U.S. Embassy in  Moscow, Russia; the U.S. Mission to the EU in Brussels; and the U.S.  Embassy in Manila, Republic of the Philippines.

Domestic assignments include the Office of European and Regional  Affairs, and the Office of Central European Affairs, both in the  Bureau of Europe and Eurasian Affairs. Kvien, a native of California,  holds a BA from Occidental College and an MS from the U.S. Army War  College. She is a recipient of multiple State Department performance  awards and speaks Russian and French.