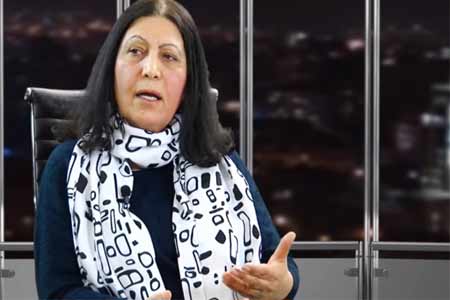 ArmInfo.No doubt, Iran is now concerned over the possibility of a "Zangezur corridor" running via Armenia's Syunik rather than over demarcation of the Armenian- Azerbaijani border, expert in Iranian studies Emma Baghijanyan said  in an interview with ArmInfo.

"Despite Armenian mass media mentioning border delimitation issue as  one of the main topics of the latest telephone conversation between  Armenia's Premier Nikol Pashinyan and Iranian President Ebrahim  Raisi.  In fact, the state leaders discussed the issue of the  corridor. I followed Iranian mass media response to Ilham Aliyev's  statement on an alleged agreement with Pashinyan on opening the  corridor. And I can say this issue is of main interest to Tehran,  whereas border delimitation and demarcation is only derivative," she  said.

It is expeditious implementation of the North-South project that  could have prevented Baku's "corridor- related" statements being made  not at all in the context of unblocking regional transport links, but  for the purpose of getting an extraterritorial corridor for  Azerbaijan and Turkey, which would enable them to realize their  long-term geopolitical plans, including plans against Iran.

"The fact is that our interests coincide only with Iran's. Sadly,  however, I do not see any serious steps on Armenia's part to prevent  the Turkish-Azerbaijani expansionist designs. And the very  intensified mutual visits by Armenian and Iranian officials are  evidence that, in contrast to Yerevan, Tehran is perfectly aware of  its interests. And, happily, their interests coincide with ours," Ms  Baghijanyan said.