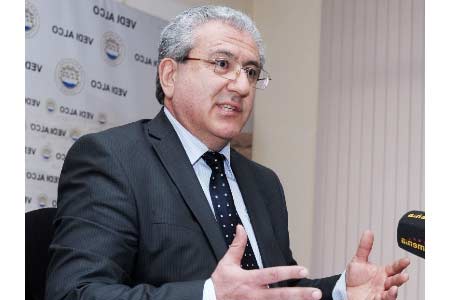 "It is obvious that the present politico-military escalation in  Europe is the result of a crisis of the European security system and  absence of effective cooperation between the West and Russia. And the  West strongly believes that Russia is responsible for that. I have to  note that Russia is far from being totally responsible, and  Washington and Brussels share responsibility for what is going on as  well," Mr Keryan said.

Even before the Ukraine war Moscow had repeatedly displayed its  willingness to develop a comprehensive and constructive dialogue with  NATO, the USA and EU over regional and global security. In response,  they showed a selective approach to security guarantees by being  willing to negotiate arms control and incident prevention, whereas  distancing themselves from the Moscow-prioritized issue of NATO  expansion.

With respect to Moscow's hard-line stance, Mr Keryan stressed that  ever-lasting confrontation with the West has never been in Russia's  interests, especially in the context of the tremendous damage caused  by the sanctions. All this fosters awareness of a need for equal  talks between Russia and the West over forming a "non-aligned"  security system in Europe, with the interests of Russia and other  nations considered.

"It seems that that the United States and its allies will once more  consider Russia's security initiatives in a constructive manner to  dispel Moscow's fears. Such an approach would facilitate launching an  effective dialogue to create a region of stability and security from  Lisbon to Vladivostok. After all, Western strategists should realize  that no security architecture is possible either in Europe or  throughout the world without considering the interests of a  Russia-like nuclear power. So equal talks with the Kremlin are a  requirement," Mr Keryan said.