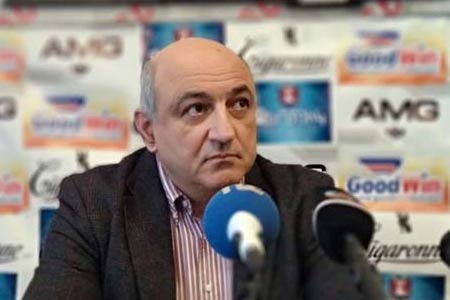 ArmInfo.The attitude towards Armenia is dictated by the geopolitical vector of Yerevan, the current vector and what it may be in the future. A similar opinion  was expressed to ArmInfo by the president of the Yerevan Press Club,  Boris Navasardyan.

"The outside world around us is completely indifferent to what  political orders operate in our country now, and what they will be in  the future. And the degree of democratization of our country has very  little interest, which in general does not raise questions. This  should only interest us, others are not interested in it at all," he  said.

According to Navasardyan, similarly, in the light of Armenia's  foreign policy orientation, the attitude of external forces and  centers of power towards Artsakh is also linked. In this light, he  noted with regret that the fate of the Artsakh Armenians, by and  large, does not bother anyone in the world.

According to the expert, against the background of such a perception  of Armenia and Artsakh in the world, Armenia is unequivocally  regarded as a country located in the orbit of the Russian Federation,  as a country that practically does not allow any deviations from this  orbit. Even taking into account the recent neutral votes of Yerevan  in the UN and other international bodies in the light of the Russian  military invasion of Ukraine.

"The problem here is not only in the current realities, but in the  prospects of Armenia, and these prospects,, unfortunately, do not  look very comforting - the further we go, the more difficult the  situation we find ourselves in. Let's return at least to the same  Artsakh problem.  What, for example, is the interest of the  collective West in acquiring a status beneficial for Armenia by  Artsakh, if Armenia remains a satellite of the Russian Federation?  Why should the West be interested in the independent status of  Artsakh, rather than in it becoming part of Azerbaijan, unless it is  absolutely required and implied by its geopolitical interests,"  Navasardyan summed up.