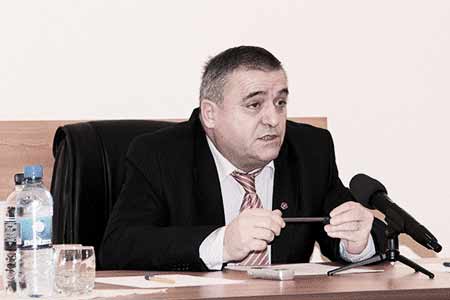 ArmInfo. Since victorious Armenia and the OSCE Minsk Group mediators proved unable to persuade Azerbaijan into recognizing Artsakh's independence or agreeing its  joining Armenia for 25 years, Baku's agreeing to that after the  November 9 statement was signed can hardly be imagined, the public  and political figure Vahram Atanesyan said in an interview with  ArmInfo.

"Decisions always proceed from potential - resources. So expecting  any solutions to the issue of Artsakh's status with Armenia's  resources minimal in all respects is, so to say, unrealistic. We are,  in fact, 'offside' now. Ukraine has eliminated even a theoretical  possibility of international unity on the issue. A cold war is being  waged, and the only way of combining international efforts is  achieving a final settlement of the Artsakh problem by means of  negotiations," Mr Atanesyan said.

This being so, the parties agreeing to "freeze" discussions on the  Artsakh problem is the only optimal option. As regards border  delimitation and demarcation, as well as normalization of  Armenian-Azerbaijani relations, these processes can follow their  course, with no relation to specification of Artsakh's status. The  issue of status must remain as status quo in the form of Russian  peacekeepers' presence.

A final solution to the problem of Artsakh's status is a matter of  the distant future, with regional stability and Azerbaijan's  political constructivity being a compulsory condition for that. In  other words, it is an Armenian-Azerbaijani agreement on normalization  of relations without specifying Artsakh's status.

"A package settlement of the conflict as Armenia and Azerbaijan view  it is, I think, impossible. And now the geopolitical disagreements  have become deeper and sharper in the South Caucasus, which leaves no  chance of such a settlement. The Russia-West rivalry over the region  will only be growing," Mr Atanesyan.

Under the circumstances, agreeing to maintaining Artsakh's status quo  is the only alternative to one of the parties admitting its own  defeat. And even Russia and the West, which are in a state of cold  war now, could reach an agreement of some sort on the issue, Mr  Atanesyan said.