Political scientist: The people of Armenia are demonstrating to the  international community today that Pashinyan does not represent their  interests and is not legitimate to negotiate 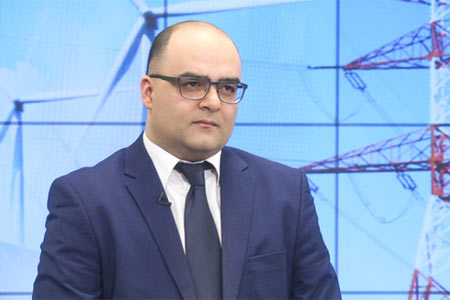 ArmInfo. The six principles for concluding a peace  treaty with Azerbaijan presented last week by Yerevan only  intensified the wave of protest, as they actually record the Armenian  authorities' rejection of the concept of an 'Armenian Artsakh',  replacing it with streamlined formulations like 'the security of the  Armenians of Artsakh', '' cultural autonomy'', etc. Vahe Davtyan,  doctor of political sciences, expressed such an opinion.

Thus, the expert believes, Yerevan is abandoning the basic principle  of the people's right to self- determination - something that created  considerable problems for Baku before the "velvet revolution" of  2018. And Pashinyan and Aliyev, who were already in Brussels,  determined the main points of the future peace treaty, the conclusion  of which will lead to the actual collapse of the Armenian statehood.

As Davtyan noted, it is enough to refer to the paragraph on  ''transit: between different parts of Armenia through Azerbaijan,  through international transportation through the communication  infrastructure of both countries'', which means the surrender of the  so-called ''enclaves'' to Azerbaijan, as a result of which Armenia  will actually lose a full-fledged control over the highways linking  it with Iran and Georgia.

The parties also agreed to hold a meeting of the commission on border  issues in the near future, which will inevitably lead to more  concessions from Yerevan, which is striving for "peace at any cost".  In general, Yerevan actually paralyzed the Minsk process by moving  the issue of the settlement of the Karabakh/Artsakh issue to a  bilateral format with all the ensuing negative consequences.

As the expert noted, therefore, protests are aimed primarily at  paralyzing this process. <The people of Armenia today demonstrate to  the international community that Pashinyan does not represent their  interests and is not legitimate to negotiate on behalf of Armenia.  However, the international community itself, as always, continues to  adhere to double standards. The US Ambassador's statement about her  readiness to support the ''reforms'' launched by Pashinyan in 2018,  as well as the enthusiastic speech of the EU Ambassador to Armenia on  the development of Armenian democracy, is evidence of this>, Davtyan  noted.