Academic degrees issued in Armenia to be recognized in EAEU countries 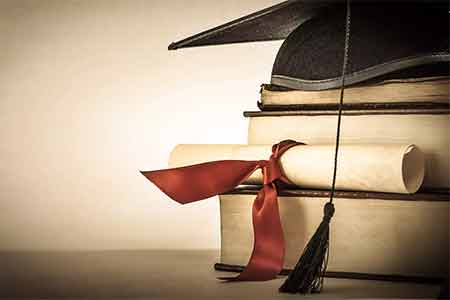 ArmInfo. On May 13, the Armenian government approved a proposal to conclude an agreement on the mutual recognition of documents on academic degrees in the countries of the Eurasian Economic Union.

The purpose of the agreement is to eliminate restrictions and  prohibitions in the field of labor migration by recognizing the  conformity of documents on academic degrees (based on the Treaty on  the Eurasian Economic Union of May 29, 2014). The agreement is  expected to be signed by December 31, 2022.

"This agreement will regulate the mutual recognition of documents on  academic degrees in order to provide access to professional  activities in the field of labor migration in the state of employment  (member state of the EAEU) for persons who have these documents," the  document says.

According to the EEC website, the Agreement provides for mutual  direct recognition of documents issued in the member states on the  academic degrees of workers for the implementation of professional  activities.  Currently, in order to recognize academic degrees in the  state of employment, it is necessary to go through the nostrification  (recognition) procedure, which differs in the EAEU countries in terms  of complexity and duration. This complicates the movement of highly  qualified scientific workers within the EAEU. The draft agreement is  aimed at creating favorable conditions for the movement of highly  qualified workers and the implementation of joint research projects  in the EAEU states