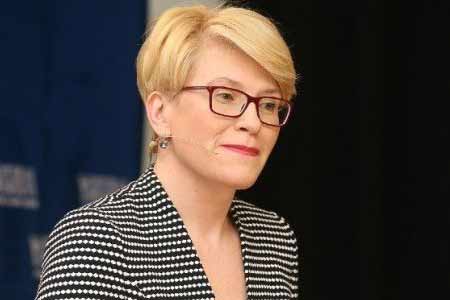 ArmInfo.Lithuanian Prime Minister Ingrida Simonyte stressed the importance of further development of the Armenian-Lithuanian friendly relations. This was stated on his  Facebook page by Armenian Ambassador to Lithuania Hovhannes Igityan,  who met with the Prime Minister of Lithuania within the framework of  celebrations of Europe Days held in Vilnius on May 9.

The Prime Minister of Lithuania noted the importance of further  development of the Armenian-Lithuanian friendly relations,  emphasizing the strengthening of contacts in those sectors of the  economy of both countries where there is a potential for deepening  cooperation.