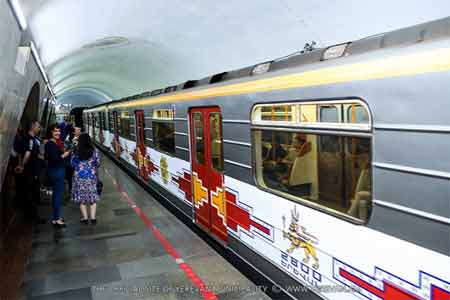 ArmInfo. The grand opening of an exhibition of Armenian Impressionist artists will take place on May 7 at the "Republic Square" station of the Karen Demirchyan Yerevan Subway (colloquially known as the Yerevan Metro).

The exhibition was organized on the initiative of the Subway  administration with the support of the National Gallery of Armenia  within the framework of the Art in the Metro project.

The dates of the exhibition have not been announced.