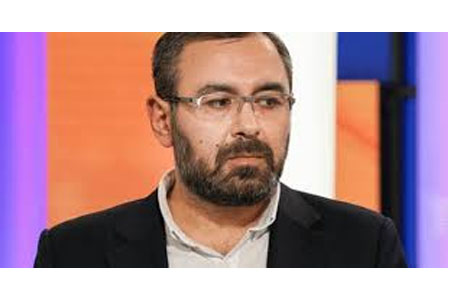 ArmInfo. It is the fear of its own rights the Armenian political thought is experiencing that accounts for current problems, the public figure Suren Sahakyan said  in an interview with ArmInfo.

"And it is not at all today that the Armenian political class has  been filled with this terror. The Armenian political thought as such  has been overcome with this terror that has caused it to renounce its  rights throughout, at least, our modern history. It was manifested in  1918 and even in 1988, at the dawn of the Artsakh liberation  movement. And this renunciation of one's own rights is being  practiced now as well," he said.

According to Mr Sahakyan, a "pro-Armenian solution" to the Artsakh  problem implies Armenia explicitly stating its demands and  expectations. However, Yerevan has never stated its expectations or  intentions since the latest escalation. And even after the relevant  Armenian and Artsakh authorities mad joint decisions, Yerevan has not  emphasized a need for unification of Armenia with Artsakh.

According to Mr Sahakyan, this policy has turned Artsakh into a "tiny  spot" on the map for Europe, whereas Armenia is "different  phenomenon", a separate territory, which allows Artsakh to be viewed  as part of Azerbaijan and its problems as only humanitarian ones. And  this is the reason why President of the European Council Charles  Michel is actively supporting Armenian Premier Nikol Pashinyan's  current agenda.

"I absolutely disagree with this view of the situation. Any  developments that would result in such a peace agreement between  Armenia and Azerbaijan will later inevitably lead to a new war. Once  Armenia officially signs the document thereby renouncing our rights  to Artsakh, this problem will turn into Azerbaijan's domestic affair.  Thus, we oursel