Forecast: Peace agreement between Armenia and Azerbaijan will no  longer be concluded under the auspices of Russia 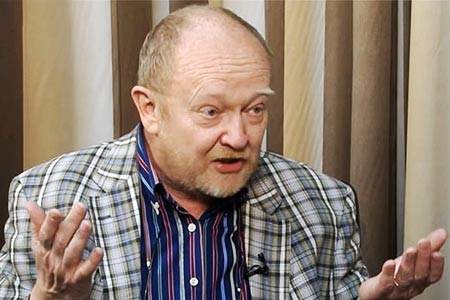 ArmInfo.Unlike the Tripartite Statement that ended the 44-day war, the peace agreement between Armenia and Azerbaijan will most likely not be concluded under the  auspices of the Russian Federation. A similar opinion was expressed  to ArmInfo by chief researcher of the Institute of World Economy and  International  Relations of the Russian Academy of Sciences,  orientalist Alexey  Malashenko.

On April 6, the head of the Armenian government Nikol Pashinyan will  visit Brussels, where he will meet with head of the European Council  Charles Michel and Ilham Aliyev. It should be noted that on the eve  of his visit, Pashinyan announced his intention to agree with Aliyev  on the start of peace negotiations.

"In this light, I consider it important to emphasize that the EU  peace initiatives in the Armenian-Azerbaijani vector of Western  policy take place in parallel and in undoubted connection with the  Ukrainian vector. And the undoubted absence of a causal link between  them in this case plays absolutely no role in the eyes of the West.  Moscow's reaction to what is happening is still incomprehensible. It  can be said that the EU initiatives in the Caucasus do not meet with  much opposition from Russia. The latter suggests that a change in the  situation in the South Caucasus without the participation of Russia  against the background of Ukraine is natural and even expected," he  noticed.

At the same time, Malashenko considers obvious significant  differences in the price of the expected peace for the participants  in this process: Armenia, Azerbaijan and Turkey, which, in his  opinion, is of secondary importance for the main moderator of the  peace process - the EU, at best. In the analyst's opinion, the main  thing for Brussels is its own interest, the desire to gain a foothold  in the South Caucasus, take control of some regional processes and,  of course, achieve all this by weakening the presence and mediation  of Moscow.

"And it is quite natural that, among other things, the EU is  primarily trying to achieve this goal in the region through the  promotion and signing of an agreement on peace between Yerevan and  Baku. And this is against the background of the existence of two  tripartite statements and a commission for their implementation with  the participation of the Russian Federation. And I do not at all rule  out the achievement of specific Pashinyan-Aliyev agreements in the  Charles Michel format, which the OSCE Minsk Group will subsequently  join in, as Armenia wishes," the Russian analyst summed up.