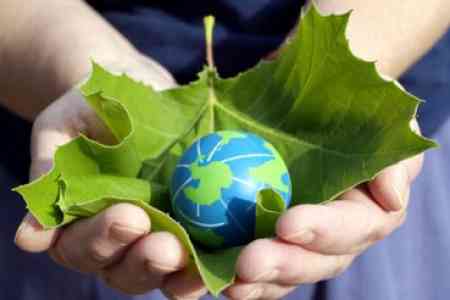 ArmInfo.On March 26 Armenia will participate in Earth Hour global action organized by WWF by turning off the street lights of Yerevan and other cities for one  hour.

According to the press service of the World Wildlife Fund (WWF) in  Armenia, the objective of this global awareness raising campaign is  to unite the public, businesses, communities and other stakeholders  around the idea of turning off the lights for one hour to shift  public interest towards important ecological issues. This year, Earth  hour is about uniting the world in support of people, and our planet.  We must stand united in solidarity, coming together to look after  each other and the one home we all share. Earth hour environmental  campaign was implemented for the first time in Sydney, Australia in  2007, where over 2 million people switched off lights to unite  humanity in its efforts to combat climate change. Since then the  number of participating countries and cities is only increasing. This  year over 180 countries participated in this event.

"Earth Hour, the world's largest movement for the environment, is set  to once again unite millions of people around the world to show their  commitment to the planet. As we continue adapting our lives to the  impacts of COVID-19 and the catastrophic events of the past two  years, Earth Hour 2022 aims to signal the end of "business as usual"  and herald a new era that puts people and the planet first. Hence,  Earth Hour 2022, organized by WWF-Armenia emphasizes the importance  of the "Connect to Earth" ideology, " stated by Zhak Niazyan,  Communications and Partnerships Head of WWF Armenia.

This year the "Earth Hour 2022" event will be held at the Yerevan  Botanical Garden from 15:00 to 21:30. WWF is the world's leading  conservation organization working towards the protection of our  planet's natural resources. WWF's mission is to stop the degradation  of the planet's natural environment and to build a future in which  humans live in harmony with nature.

In Armenia, one of the main priorities of WWF Armenia is conservation  of endangered species, Developing and strengthening protected areas  (PAs) of Armenia (reserves, national parks, sanctuaries, etc.),  Conservation of threatened species , Conservation and restoration of  ecosystems, Mitigation of and adaptation to climate change ,  Introduction of economic mechanisms for alternative livelihood for  local communities in order to promote sustainable use of natural  resources and to protect biodiversity.