Rumors about possible withdrawal of the Russian base from Gyumri are  currently unfounded: MP from Civil Contract 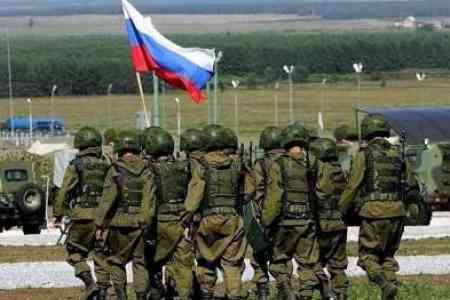 ArmInfo.Arthur Hovhannisyan, a member of the ruling "Civil Contract" party, stated that the rumors about the possible withdrawal of the Russian military base from  Gyumri within the framework of the normalization of Armenian-Turkish  relations are false.

As Hovhannisyan stated on January 25 during a briefing in the  parliament, Armenia and Russia are strategic allies. As for relations  with Turkey, as the parliamentarian pointed out, the dialogue between  the countries, through special representatives, has just begun and  the relevant departments will be informed about developments. "Such  conversations are currently unfounded, therefore, they are not  subject to comment. Such a conversation does not exist in our  reality," assured the MP of the ruling faction.  In turn, another MP  of the Civil ContractVahagn Hovakimyan noted that the agreement on  the development of the military base is valid until 2049