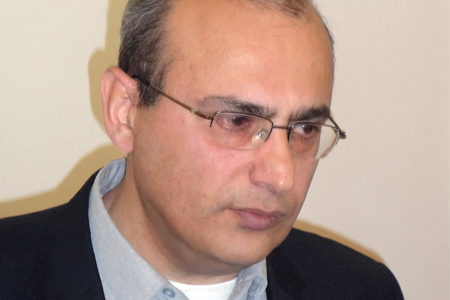 ArmInfo.In an interview with ArmInfo the political scientist Stepan Danielyan said that Armenian President Armen Sarkissian's decision to resign could by no means be  an emotional one or the result of a snap judgment. Therefore, it  should be treated with the utmost seriousness.

"The main questions we should raise are as follow: why now? And what  impulses the president is unwilling to be responsible for do we have  to expect? And, of course, what kind of document is being prepared to  be signed he is unwilling to put his signature to? Does Mr Sarkissian  mean what has happened when he mentions a 'national crisis' or do we  have to expect new surprises?" he queried.

In this context, Mr Danielyan stressed that by resigning Mr  Sarkissian is trying to prevent the ruling party from enacting one of  its scenarios. Evidence thereof is, according to him, the phrase "No  longer do we have the right to make mistakes!" in Mr Sarkissian's  statement. According to the expert, the ex-president's statement  allows of different interpretations.

In this context, the expert believes that the political changes in  Armenia the president cannot influence are, in fact, the  constitutional reforms being prepared by the Civil Contract party. Or  the president's resignation is the result of external factors, which,  in this particular case, in the context of the ongoing Armenian-  Turkish process, could be accounted for by Yerevan's planned  concessions on the international recognition of the Armenian  Genocide.

"In any case, we can only speculate now. I am inclined to think that  by resigning Mr Sarkissian is trying to prevent domestic and foreign  political processes - and, may be, both. First of all, in view of the  fact that his resignation will, at least, put the processes off until  a new president is elected. It is clear that no serious document can  be signed without the president," Mr Danielyan said.