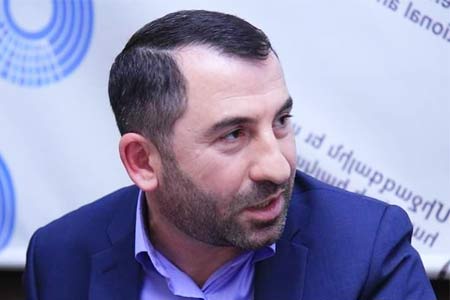 ArmInfo.Not only parallels, but also direct links between the current situations in Ukraine and Georgia can, beyond doubt, be seen, Amiran Khevtsuriani, Associate  Professor, Georgian Technical University, told ArmInfo.

"The processes launched in Ukraine are a logical follow-up to the  developments in Georgia in 2008, and our Western partners would not  believe that. They believed that the re-emerging Russian imperial ego  would be satisfied with only punishing Georgia and annexing part of  its territory. However, as we can see, time has shown quite the  opposite," he said.

According to Mr Khevtsuriani, "we are dealing with a pattern evolved  in the context of the so-called Primakov doctrine. In this context,  Russian President Vladimir Putin's expectations and claims are  absolutely identical in the case of both Ukraine and Georgia, as well  as in the case of all the post-Soviet states." The Kremlin is  demanding absolute obedience from them.

Also, it is all the five foreign policy concepts approved by Russia  in different periods, which clearly state that the post-Soviet space  is a vitally important area of influence for Russia.

As to what Georgia is expecting from the West in general and from  NATO in particular, Mr Khevtsuriani stressed the inevitable  integration of not only Georgia and Ukraine, but also of the other  post-Soviet states into NATO. Moreover, at a certain moment Georgia  will act as a transit country for Armenia's integration into NATO -  first of all, in view of the absence of alternatives to freedom,  security and development, he said.

"Furthermore, I would dare to make longer-range forecasts:  theoretically, Russia itself could join NATO in the foreseeable  future. It is a realistic scenario. It should be realized that it is  only membership in NATO that can save Russia from being enslaved by  China. I think that China has prepared a territorial expansion plan,  and Beijing is waiting for an opportune moment to implement it," Mr  Khevtsuriani.