ARF Swedish Committee: Normalization of Armenian-Turkish relations is  not a monopoly of the RA government 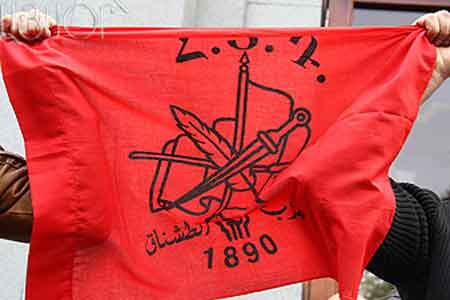 At the same time, the Swedish Committee of the ARF pointed out with  regret the deplorable results of these negotiations between Yerevan  and Ankara, taking into account the course of the ruling power of  Armenia.

"These negotiations between Armenia and Turkey will lead to the  following:

2. Transfer of Artsakh to the jurisdiction of Azerbaijan;

4. Implementation of the so-called "Zangezur corridor" project, which  is part of the Panturan program", the ARF statement says.

At the same time, the committee believes that the Armenian  authorities are obliged to immediately remove the guidelines and red  lines of the process of normalization of Armenian-Turkish relations,  and not comply with Turkish preconditions.

"Normalization of Armenian-Turkish relations is not a monopoly of the  government of the Republic of Armenia. Armenians all over the world  should have the right to vote in this process," the Swedish Committee  of the ARF emphasized.