Beglaryan: Artsakh does not consider the issue of ending conscription  for military service 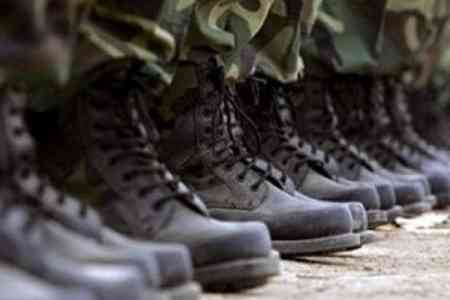 ArmInfo.The issue of ending the conscription for compulsory military service in Artsakh is not being considered. Artsakh State Minister Artak Beglaryan stated this  on January 18 during a press conference in Stepanakert.

Noting that he cannot say much about the army, since he is not in  charge of this area, Beglaryan stressed that the issue of a full  transition to contract service is not being considered in Artsakh.

"We are not switching to full contract military service, there is no  such solution. Conscription for military service will continue, there  is no decision to the contrary. As before, conscription will be  carried out in Artsakh. I would like to emphasize that there is not  even a discussion on the issue of ending the call," the state  minister said.

Touching upon the formation of the police forces, Beglaryan noted  that he is not involved in the discussion process and the details  will become known as soon as the bill is submitted to the parliament,  where open discussions will take place. "In general terms, I can say  that the police forces will be involved in the protection of internal  security and, if necessary, external protection," he summed up.

It should be noted that earlier the media have repeatedly written  about the abolition of the Armed Forces of Artsakh. It was noted that  Azerbaijan set such a condition for Armenia during the signing of the  infamous tripartite statement of November 9, 2020.