Ankara on first meeting of special representatives of Armenia and  Turkey: The meeting was held in a positive and constructive  atmosphere 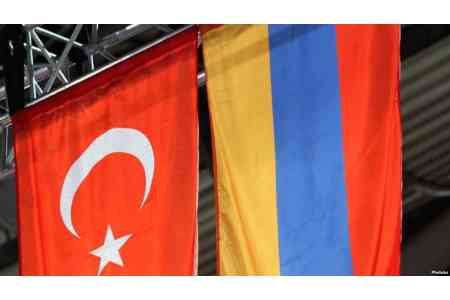 As press secretary of the Armenian Foreign  Ministry Vahan Hunanyan said, the sides exchanged views on the  normalization process between Armenia and Turkey.

Meanwhile, according to the Turkish media, the first meeting of the  special representatives of Armenia and Turkey ended in Moscow. It  lasted 1.5 hours.

As the Turkish Foreign Ministry reports: "Special Representatives for  the normalization process between Turkiye and Armenia, respectively,  Ambassador Serdar Kilic and the Deputy Speaker of the Armenian  Parliament Mr. Ruben Rubinyan met on 14 January 2022, in Moscow.

During their first meeting, conducted in a positive and constructive  atmosphere, the Special Representatives exchanged their preliminary  views regarding the normalization process through dialogue between  Turkiye and Armenia. Parties agreed to continue negotiations without  preconditions aiming at full normalization.

Date and venue of their second meeting will be decided in due time  through diplomatic channels," the message of the Turkish Foreign  Ministry reads.