Forecast: Armenia`s international image is unlikely to be damaged 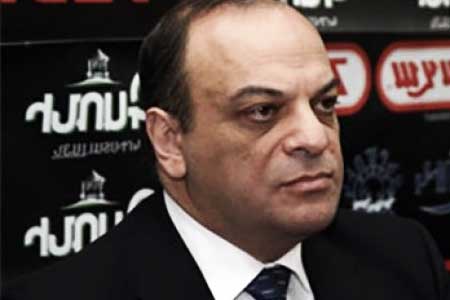 ArmInfo.I forecasted possible instability in the Central Asian region starting from 2019, and in July last year, based on an analysis of a number of factors and  events, it became clear that serious shocks would very soon affect  Kazakhstan, Tajikistan and Kyrgyzstan.  Ambassador Extraordinary and  Plenipotentiary, former Minister of Foreign Affairs of the Republic  of Artsakh Arman Melikyan expressed a similar opinion to ArmInfo.

"And as we see, to our great regret, the leadership of Armenia turned  out to be unprepared for this situation.  As a result, the decision  to send peacekeepers to Kazakhstan was made in Yerevan without any  possibility of abandoning this prospect. However, by and large, as a  result of actions of the government of our country in the light of  the settlement of the situation in Kazakhstan, the international  image of Armenia is unlikely to be damaged," he said.

In this light, the diplomat reminded of the already started  withdrawal of the CSTO peacekeeping contingent from Kazakhstan,  noting that the military must return to their countries no later than  January 19. " I cannot say to what extent the national interests of  Armenia were taken into account when making the decision to send our  military to Kazakhstan. But the fact that the country's leadership  simply had to think first of all about the negative consequences  Armenia's decision to block the entry of CSTO peacekeepers to  Kazakhstan, is an indisputable fact," he remarked.

On January 14, the press service of the Ministry of Defense of the  Russian Federation reported that the units of Armenia, Belarus,  Tajikistan and Kyrgyzstan from the CSTO forces began loading standard  equipment and personnel onto aircraft to return from Kazakhstan to  their homeland. In total, there are 100 servicemen of the Armenian  Armed Forces in Kazakhstan.

At the same time, according to the diplomat's forecasts, in the long  term, the already ending stay of the CSTO peacekeeping forces in  Kazakhstan may well have a negative, destabilizing effect on further  internal processes in this country. In this light, he noted that this  factor may well serve as a stimulus for the growth of nationalist  sentiments already observed in Kazakhstan. In his opinion, in the  future, all this can lead to discrimination and violence against  national minorities in Kazakhstan.