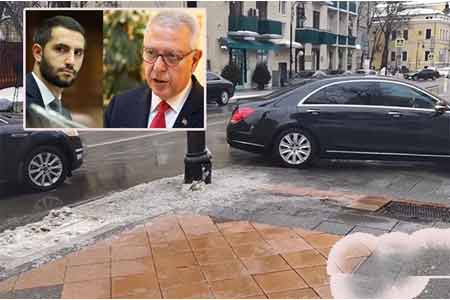 Vice-Speaker of Armenia's Parliament Ruben Rubinyan is representing  Armenia, with Turkey being represented by former Turkish Ambassador  to the USA Serdar Kilic.

"It is a dialogue between the two states. We are not in this format.  We have repeatedly announced our support of normalization of the  bilateral relations, dialogue and contacts. We have made practical  steps as well," she said.