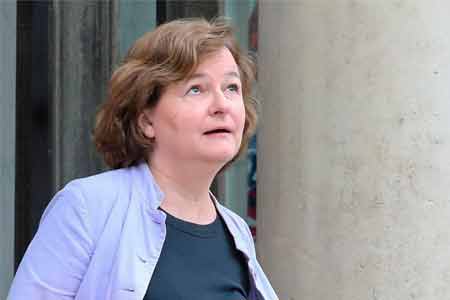 ArmInfo. Nathalie Loiseau, a member of the European Parliament and Chair of the Subcommittee on Security and Defence, harshly responded to a Twitter message by Azerbaijani Ambassador to France Rahman Mustafayev, who posted a statement by  Azerbaijani President Ilham Aliyev that Baku will not "allow" the  OSCE Minsk Group to deal with the Nagorno-Karabakh conflict.

"Mr. Ambassador, diplomacy is first and foremost about respecting the  country where you have the honor to serve. France is the co-chair of  the Minsk Group, and you are pretending to reject it. The Nagorno-  Karabakh conflict is not settled, the ceasefire regime is not  observed. Three Armenians died yesterday," Ms Loiseau tweeted.

She stressed that the Azerbaijani president is making a blunder by  thinking he can dissuade France from sympathizing with the Armenian  people by means of protest notes over French MPs visits to Artsakh.