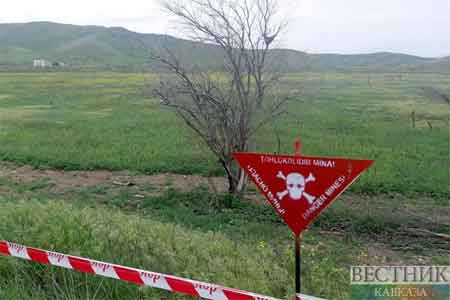 ArmInfo.Azerbaijan has reported that it has received all minefield maps from Armenia.

Thus, the Azerbaijani media, with reference to the government  sources, reported that the UN International Court of Justice did not  make a decision on the obligatory provision of mine maps to  Azerbaijan in the regions around Nagorno-Karabakh, since a few days  ago the Armenian government handed over all the remaining maps.

It is also worth noting that fears that Yerevan handed over all the  remaining cards to Baku were expressed by former adviser on defense  of the Artsakh president, opposition MP Tigran Abrahamyan.

Meanwhile, the Armenian authorities have not yet commented on this  issue.

To note, on December 4, Azerbaijan announced the transfer of 10  prisoners of war to Armenia, captured during the aggression on  November 16, in exchange for maps of minefields