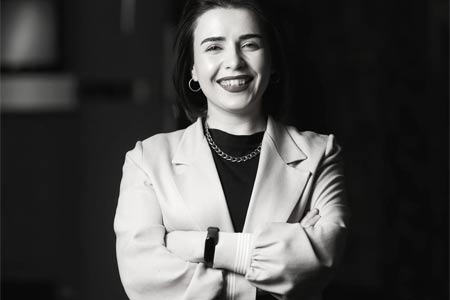 The "Desire to Live" tells about the post-war period in Artsakh,  about the consequences that the war left on people's lives. "The idea  of the film originated during the war. I constantly thought about how  I can help my homeland, how I can change something, make Artsakh  recognizable all over the world. And at the end of the war, she made  a decision to make a film about the Artsakh people. I thought for a  long time how to name the film. And after lengthy discussions with my  mother, we settled on "The desire to live", since this desire was  inherent in all of us, the Artsakh people wanted to live in their  homeland, " the director said. Mariam Avetisyan noted that support  for the creation of the film was provided by various journalists,  directors, famous people, including Serzh Tankian. The film was a  success at several film festivals, including in Toronto, Austria,  USA, Armenia and Russia.

"The victory was unexpected, but very inspiring. Such achievements  give confidence to move forward and try to do more, "said Avetisyan.