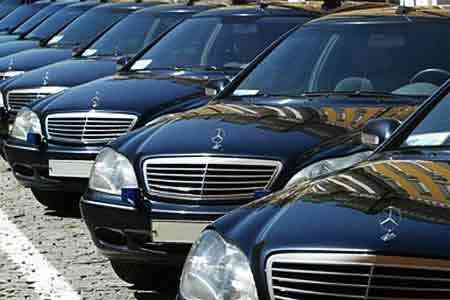 ArmInfo.The Armenian government has allocated 70 million drams (about 143 thousand US dollars at the current exchange rate) to increase the fleet of official cars. The corresponding decision was made by the Cabinet of Ministers on  December 2 at a government meeting in a non-negotiable manner.

Thus, according to the explanatory notes to the document, the Prime  Minister's office proposes to allocate 69.6 million drams to organize  the process of purchasing cars for inspection bodies. The goal is to  ensure the normal functioning of the inspection bodies under the  Government of the Republic of Armenia. At the same time, it is not  specified for whom the new cars are specifically provided.

It is planned to purchase 12 cars, each worth 5.8 million drams  (approximately 11.8 thousand US dollars).

It should be reminded that a week earlier the government approved the  allocation of about 184 thousand US dollars from the state budget for  a new official car "BMW 750Li xDrive LCI" for NA Speaker Alen  Simonyan.