U.S. Secretary of State and Turkish FM discuss situation in Armenia  and Azerbaijan 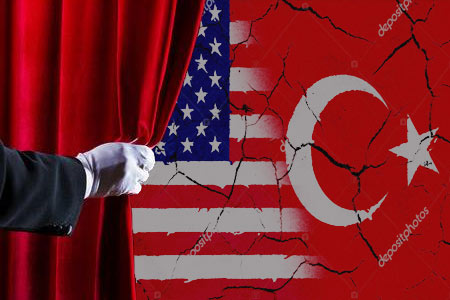 ArmInfo.U.S. Secretary of State Antony Blinken and Turkish Foreign Minister Mevlut Cavusoglu discussed the situation in Armenia and Azerbaijan yesterday.   According to TASS, this was announced by Spokesperson of U.S. State  Department, Ned Price, following their meeting on the sidelines of a  meeting of the heads of the foreign affairs agencies of NATO member  countries in Riga.

As stated in his written statement, the chief of American diplomacy  discussed with the head of the Turkish Foreign Ministry "the crisis  in Ethiopia and joint efforts aimed at maintaining stability in the  Black Sea region." "They also discussed Russia's aggression against  Ukraine and the situation in Armenia and Azerbaijan, as well as in  Afghanistan," Price noted.

He said the talks between the two foreign ministers "were based on a  conversation between President [US Joe] Biden and President [Tayyip]  Erdogan of Turkey last month in Rome on bilateral cooperation and  other priorities, including democracy and human rights."

The press secretary of the Russian President Dmitry Peskov previously  stated that Moscow is recording an information campaign emanating  from Western countries with the aim of presenting Russia as a threat  to the settlement process in Ukraine.  He did not rule out that this  campaign is a cover for "aggressive thoughts that might occur in  Kiev."