Armenian Ambassador: Yerevan is still ready to normalize relations  with Ankara without preconditions 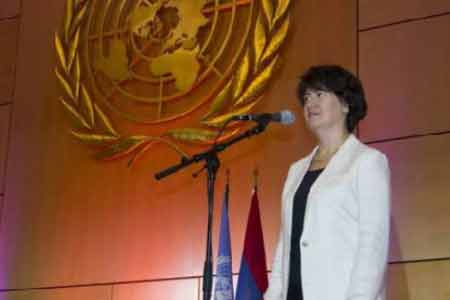 ArmInfo.Despite Ankara's direct participation in last year's war in the Nagorno-Karabakh conflict zone and its destabilizing role in the region, Armenia is  still ready to normalize relations with Turkey without preconditions,  since this is in the interests of regional security and economic  development. Ambassador of Armenia to France Hasmik Tolmajyan stated  this in an interview to "CONFLITS" edition.

In this context, she drew attention to the fact that from this point  of view, Armenia's position has not undergone changes. She recalled  that from the first day of gaining independence, Armenia did not put  forward any preconditions for the normalization of relations with  Turkey, insisting on the establishment of diplomatic relations  without preconditions and the need to open borders. "Contrary to  Armenia's constructive position, Turkey has for decades adhered to  the policy of setting preconditions, due to which relations have not  yet returned to normal," the Ambassador said.